Proelium Law LLP combines its legal and investigative experience to provide clients with an extensive suite of capability in the world of crypto assets and cryptocurrency.

What is cryptocurrency and crypto assets?

Like any currency, cryptocurrencies can be exchanged online to buy goods and services, but the majority of interest in cryptocurrencies is to trade it for profit and increasingly use it in commercial transactions. Commonly, users need a ‘wallet’, an online set up that can hold the cryptocurrency. Users can also create an account on an cryptocurrency exchange, allowing transfer of real money (or ‘Fiat’) to buy cryptocurrencies such as Bitcoin or Ethereum.

Cryptocurrency uses ‘blockchain’ technology to move it around. Blockchain is a decentralised technology spread across many computer based networks that manages and records transactions.  This means all transactions are a matter of accessible public record to those with the knowledge of how to find them. This also means that transactions are not controlled by any central authority such as a bank, yet. Cryptocurrency is therefore currently largely immune to government control and interference. Although it is clearly an environment that law enforcement agencies are increasingly intervening in.

Cryptocurrency is popular as many believe that it will become the currency of the future and are seeking to purchase cryptocurrency now before it becomes more valuable. A current issue is price volatility along with market supply, with the price surging and dipping in unpredictable measures in turn influencing the supply of cryptocurrency.

Cryptocurrencies such as Bitcoin are considered pseudo-anonymous. This means that only part of the information surrounding any transaction is anonymous but as alluded to above, if you know your way around the blockchain and how cryptocurrency transactions work, you can trace transactions.

There is some confusion surrounding cryptocurrency and encryption. The more common cryptocurrency mentioned above is not encrypted, it is created using complex algorithms, so it is complex, but not encrypted (which means it uses a ‘secret’ code that people cannot understand or use on normal equipment). Generally, in order to access a cryptocurrency wallet, one needs ‘private keys’ which are probably impossible to forge and so it is also (arguably) very secure. It is not immune to hacking though. However, with the increasing regulatory pressure and interest from law enforcement because of cryptocurrency use in nefarious activities, this has pushed the creators of cryptocurrency to develop privacy focused capability. In short this is to make it much more difficult, but arguably not impossible, to identify the transactions within the blockchain technology by using high encryption techniques and mixing technology which further still obfuscates transactions. This has resulted in the emergence of so called Privacy Coins such Monero, Dash and Zcash. Notwithstanding, and as might be expected with the speed of technological advances, there is claimed capability to now track even Privacy Coins. 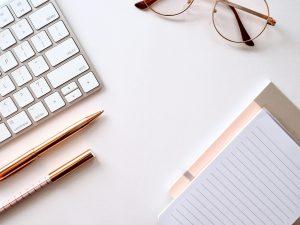 Consequently the supply, purchase, trading and investing with cryptocurrency creates ‘crypto assets’. This has created a new digital economy which brings its own legal issues to navigate. We are now seeing and advising on such issues arising including:

We see all of these issues arising more frequently and our team can advise you on all aspects of these areas.

How is cryptocurrency created?

The creation of cryptocurrency requires utilising significant computing power and advanced algorithms in the calculations required to ‘mine’ (or produce) each so called coin. The type (or who made it) of cryptocurrency is what provides more commonly known names such as Bitcoin, Ethereum or Litecoin. But all of them are classed as cryptocurrency.

Cryptocurrency, how it is created, used to purchase, moved around and stored is complex and (currently) not for the faint hearted. Whilst it has been associated with frauds, terrorist financing and nefarious activity, it is rapidly emerging as an attractive alternative currency option as well as a form of investment.

Fortunately, in the same way cash or items purchased with the proceeds of a fraud are able to be frozen, seized and recovered when identified, cryptocurrency is too but only recently and with the use of court orders after discovering its location and being able to produce the evidence in an admissible format to a court to do so.

Where does it fit in legal frameworks?

A lot of concerns have been raised regarding cryptocurrencies’ decentralised nature and their ability to be used anonymously and whether its status as an asset (or property) and increasingly whether as an intangible asset it can even be possessed.  The former being important because if it is an asset (or property), it can be seized legally. Further issues arise especially as it is used in money laundering, terrorist financing, tax evasion schemes, or as commonly seen, used in frauds to convert stolen funds. The law is catching up to this area.

The case of AA v Persons Unknown  EWHC 3556 (Comm) in the UK Commercial Court granted an interim proprietary injunction over Bitcoin, thereby confirming its status as property. The case of Vorotyntseva v Money-4 Ltd (T/A Nebus.com) and others EWHC 2596 (Ch), heard in 2018 but reported in November 2019, further confirmed the position that Bitcoin and Ethereum, as a crypto asset, is a form of property capable of being the subject of a Court order who granted a freezing order.

On the 18th November 2019 the UK Jurisdiction Taskforce (of the Law Society’s LawTech Delivery Panel) published a statement that crypto assets have all the legal characteristics of property and should, as a matter of English law, be treated as property.

Although the cases outlined above help, the status and perception of cryptocurrency remains ambiguous to some and so digital currencies remain illegal in a few countries. You can view current regulation as it exists here on our website. At the date of writing, Bitcoin and digital currencies are outlawed In China, Russia, Vietnam, Bolivia, Columbia, and Ecuador and India is contemplating it. Because cryptocurrency exists within the internet, these bans are unlikely to act as a significant deterrent to usage.

On Oct 22. 2015, the European Court of Justice (ECJ) ruled that buying and selling digital currencies is considered a supply of services and that this is exempt from VAT in all EU states. Other individual EU countries have also developed their own Bitcoin stances.

In the UK, the Financial Conduct Authority (FCA) has a pro-Bitcoin approach and so digital currencies can fall under certain tax regulations in the UK.

In June 2020, the FCA released a reminder that crypto asset businesses needed to register with the FCA by January 2021 or cease operating. This registration requirement comes with a number of specific compliance quotas in relation to crypto-related activities such as anti-money laundering and counter-terrorism financing.

The UK does not yet have a regulatory regime for cryptocurrency in the same manner as banks. Expect its use, especially in the current COVID-19 climate where cash use is diminishing rapidly, to only increase which means regulation is likely to follow.

Whilst not intended to be so, cryptocurrency has become widely abused by those engaging in frauds or seeking to obfuscate or embezzle assets as well as being utilised for terrorist financing. Asset tracing and fraud investigation has become increasingly complex let alone the surge in the frequency of such activity and the impact on victims.  With this emergence of so called ‘cybercrimes’ and more particularly utilising cryptocurrency, tracing stolen or hidden assets has become further complex still.

However the use of cryptocurrency, for instance, to convert stolen funds into cryptocurrency does not alter the legal nature of a fraud, it is still a fraud or theft that requires the usual skills involved in gathering the evidence to prove it. The additional aspect of cryptocurrency simply adds a further, albeit sophisticated, element of the investigative process.

Any investigation and subsequent use of the courts if required in order to freeze, seize and recover assets requires the gathering of evidence and associated skills. If money or indeed property stolen has been converted into cryptocurrency this requires specialists skills to identify and potentially retrieve it, which Proelium Law possesses.

Combined with our understanding of the legal aspects of crypto assets, amongst other legal methodology and investigative techniques, we use advanced software, in particular Chainalysis Reactor investigation software. This is an advanced capability that our lawyers and investigators are trained and certified to use in order to locate and trace cryptocurrency. We combine our legal and investigative backgrounds providing clients with our experience in all methods of gathering evidence.

Where required we can present evidence obtained to a court in order to obtain further information to support our case or apply to the court to issue injunctions such as asset freezing orders or secure a conviction or civil recovery of stolen assets. We regularly utilise GDPR (Data Protection Act 2018) plus other legislation to secure evidence and understand the idiosyncrasies of the legislation.

Accessing cryptocurrency may also require finding a specific item called a private key. For reasons we won’t explain here, that may involve a requirement to legitimately access computers or other electronic storage devices in order to preserve evidence. We do so using our cyber (forensic) investigation capability.

Whoever you are, an individual, company, multinational corporation or government agency, if you require advice or more information on locating and tracing cryptocurrency, legal advice regarding freezing/seizing of crypto assets or utilising crypto assets, wherever you live in the world, there are options available to you.  It is worth picking up the phone and calling us or if you prefer send an email to apowell@proeliumlaw.com or call him directly on +44 7725 329437.